2013: Banner Year for Philippine Cinema (Prospects for the Future)


By Randy Renier I. Espinoza 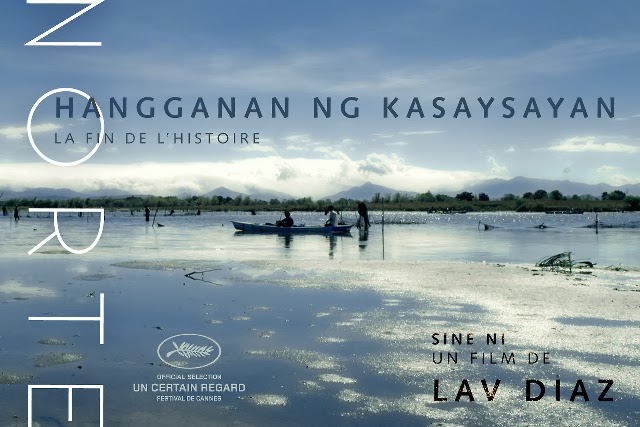 The naysayers are mistaken. Philippine Cinema is not dead. And 2013 was shining proof that it is alive and flourishing. Even pop culture commentator Jessica Zafra was quick to say in September that 2013 heralded another golden age of Filipino movies and could well be the best year the industry has ever had. We’re not talking about box-office revenue, though. We’re talking about the breadth of the year’s harvest of quality films, most of which were independently produced.

Three Filipino features made it to Cannes, arguably the world’s most prestigious festival:  Lav Diaz’s Norte, The End of History and Adolfo Alix’s Death March in the Un Certain Regard section; Erik Matti’s On the Job in the Directors’ Fortnight section. Four films made the cut at the Toronto International Film Festival, currently the world’s most “important” film market:  Diaz’s Norte, Jeffrey Jeturian’s The Bit Player, Brillante Mendoza’s Sapi, and Raya Martin’s La Ultima Pelicula (in collaboration with Mark Peranson). Not to mention many others which were exhibited in major and minor international film festivals and continue to make the rounds in the film fest circuit.

Norte earned rave reviews at Cannes and everywhere it screened and cemented Diaz’s standing as an arthouse heavyweight. It won the top prize at the Nuremberg International Human Rights Film Festival and was hailed as one of the best films of the year by many foreign critics. On the Job snagged international distribution and Hollywood remake deals and won Jury’s Choice Prize and the Best Actor award for Joel Torre at the Puchon International Fantastic Film Fest.

Sadly, though, many of last year’s indie films didn’t gross much at the box-office and some have not even had commercial screenings. Be that as it may, with the attention that many indie films receive abroad, it can be argued that it is the new wave or the independent movement in Philippine Cinema that seems to be earning prestige for the industry. Star Cinema and the other lesser movie outfits may be having a lion’s share of box-office returns, but the indies are revolutionizing the art of filmmaking in the country and taking it to new heights.

It can be observed that except for a few committed artists who self-finance or seek out funding for their projects, many of the brilliant filmmakers who came up with some of the better films last year were able to do so because of subsidy from grant-giving entities. Foremost of these entities is Cinemalaya, the country’s pioneer film-grant festival, which continues to be a source of hope for many and has now become the country’s premier film event. Another festival that has been providing grants for filmmakers is the CinemaOne Originals Film Festival, which turned in a good roster last year.

What made 2013 truly a watershed in the annals of local cinema is the emergence of three new film-grant festivals: CineFilipino, Sineng Pambansa, and the QCinema: Quezon City Film Festival. These new festivals infused new capital to the otherwise cash-trapped film practitioners, whose vision and commitment would otherwise have remained futile without budget. In addition, film maverick Tikoy Aguiluz’s brainchild, the annual Cinemanila International Film Festival -- although it hasn’t received much media attention and hasn’t  gained enough prestige to make it a major film event, either locally or internationally, throughout its existence – extends support to the industry by finding audience, albeit small, for some Filipino features who make it to its official selection. Metro Manila Film Festival, on the other hand, provided venue for five indie films during its run. 2013 is perhaps the winningest year for local films in terms of number of festivals held during a single year. Interestingly, all of them transpired during the second half of the year.

All the entities mentioned above, no matter how limited the support and audience they provide for indie films, contribute to the sustenance and further development of independent cinema. Even Regal Films and industry giant Star Cinema lend some support every now and then by bankrolling, albeit with paltry budget, a few indie-like productions and by acting as distribution arm for a handful of indies. Star Cinema did its major share last year when it invested in On the Job, which is not really an indie but it otherwise achieved some plus points for local cinema.

Another milestone in 2013 is the big businesses helping out the industry. Leading chain of malls SM, Ayala Malls, and Robinsons all made available a certain fraction of their cinemas for exhibition of many indies. SM Cinemas particularly dedicated most of its theater seats for the entire run of the fledgling Sineng Pambansa All-Masters Edition fest, albeit the lukewarm reception from the movie-going public. Businessman Tony Boy Conguangco has long been a major Cinemalaya investor, although it has been reported that he will be extending limited support in the years to come. Similarly, business magnate Manny Pangilinan’s corporate entities are behind CineFilipino’s staging.

Showcase for veterans and newbies

2013 saw the resurgence of veteran artists and the rise of new ones. Master auteur Lav Diaz and well-established directors Chito Rono, Erik Matti, Jeffrey Jeturian and some others made relevant films, while young or new filmmakers like Espia and Sigrid Andrea Bernardo made their presence felt. In the acting department, veteran actor Joel Torre made a big impact with his tour-de-force On the Job performance. Screen legends Vilma Santos and Nora Aunor, who both turned in notable portrayals in their respective indie vehicles, gave a much-needed excitement to the otherwise tepid indie world. Breakthrough performances from newly discovered actors lent a certain vibrancy to the scene.

Prospects for the future

Hopefully, the gains reaped in 2013 will continue this year and beyond. Master filmmaker Lav Diaz, together with young auteur Raya Martin and prolific filmmaker Brillante Mendoza will be instrumental here. Accomplished directors who are more identified with mainstream cinema should help out. New players with vision and commitment are needed.

Nora Aunor has at least two indies in the can and is reportedly has one more to work on this year. While many opine that this is a bad career move on her part, I think that the indie route will work best for her stature and age. Vilma Santos, busy with her political duties, is rumored to be in talks for a possible comedy flick with Star Cinema. I dare say that a follow-up indie project will serve her filmography better. At this stage in her acting career, an art film that will challenge her artistry anew is preferable to another box-office hit. Meanwhile, other veteran actors will surely still dominate the scene, be it in lead or supporting roles, as they have always done, with help from up-and-coming stars.

Indie cinema has now taken on the reputation of being the venue of quality and artistic filmmaking. But artistry is not enough for it to thrive, let alone to survive. At the end of the day, it is not enough that it has an audience. In the long run, it has to have a wider audience. Not just these festivals. But a broader, more diverse audience.

Indie cinema needs subsidy from the big movie studios, the private sector, and most of all, the government. It also needs more seats from theater owners. Film festivals are good for the industry, but they should be spread out throughout the year, not constricted during the second half of the year. And they should be promoted more vigorously in order to gain a wider following.